During out studies in the Learning Approach, we will come across a number of concepts, theories and studies which may help us as we try to understand stories like the one below about an 18 year old, a young man the same age as our Year 13s, who committed a series of assaults that were linked to his engagement with violent video games. As we progress through the topic see whether you can relate what you are learning to understanding stories like this one. If you are interested in the psychology of violent gaming, we study this for our key question and will be watching a very interesting  documentary about this, which is linked on the key question page.

THE teenager accused of attempted murder stabbed women to death in a violent video game, a court heard. 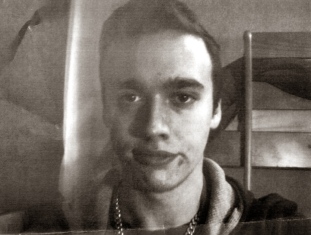 Ben Moynihan described how he picked up women in a vehicle, drove them to secluded locations and stabbed them to death in the Xbox game Grand Theft Auto: San Andreas. And he played the game Tomb Raider while he was a toddler, he claimed in a police interview read to jurors at Winchester Crown Court.

The 18-year-old is accused of attempted murder over three stabbings in the north of Portsmouth last summer.

Under questioning from detectives, Moynihan said: ‘On my Xbox I had a game called San Andreas. ‘I used to pick up women, take them to isolated areas and stab them to death.’ His interview transcript was read by prosecutor Kerry Maylin in court. In it, Moynihan told detectives he played other games set in prisons on a tablet in his living room. ‘I kill policemen in that game as well,’ it said.

It comes after jurors heard three women were stabbed by Moynihan last year. The women, aged 20, 45, and 67, were attacked in separate attacks and received wounds after the knife cut through clothes and skin in the chest area. None of the wounds went into the chest cavity. The attacks on June 20, June 29 and July 11 happened in Southampton Road, Wymering; Foxes Forest, and an alleyway connecting Colwell Road and Northern Road in Cosham.

Jurors heard Moynihan left a letter at the scene of the third stabbing calling himself the ‘unhappy geezer’ and said he picked women as targets because he was a virgin. Of the attacks, he said: ‘I had no sexual excitement.’ Jurors heard from a custody nurse, mental health nurse and doctor who assessed Moynihan, who showed features of autistic spectrum disorder, after he was arrested on July 13.

Dr John Kent’s assessment, read by Ms Maylin, said: ‘He had little understanding of the impact of his behaviour.’ Experts also said Moynihan showed a lack of empathy but understood the charges and evidence against him and was both fit for trial and to give evidence in court. Moynihan denies three counts of attempted murder and the alternative charges of wounding with intent to cause grievous bodily harm but admits wounding.

You may also be interested to read about a local sport science undergrad who experienced a psychotic episode after smoking skunk and imitated everything he had done in a video game he had been playing but in real life: www.dailymail.co.uk/news/article-455022/Students-cannabis-rampage-emulates-ultra-violent-game.html